skip to main | skip to sidebar

Has our book made a difference in your life? If so, we'd love to hear from you. Send us your most dramatic Giver/Taker story (drama, soap, outrage), one you think may help others. The process of sharing your experience can be healing.
We'll print your story and add it to the others on this page. You may include a photo and use a pseudonym. Think of this site as an online support group.
Email your Giver/Taker tale to info@CrisEvatt.com.

“Reading your book was like unearthing a buried treasure. I had just bailed out of a miserable relationship  and was feeling like a year of my life had been totally manipulated. I did not understand anything and had been trying to analyze what went wrong. After reading your book, I was shocked—nearly every page hit home. I had married an EXTREME Taker and never knew such people existed on this earth! Your behavioral traits described this man to a ‘T.’ Now I no longer feel guilty for getting an annulment for my marriage. Also, I looked back over my dating years and saw my pattern. I had played the role of Rescuer without knowing it and had gotten involved with several Taker men. I was always the one left crying myself to sleep.
“Hopefully, after reading your book, I will be able to spot Takers and turn around and walk the other way. It was very easy reading and I recommend it to everyone, unless of course they are Takers and simply don’t care.”

“I found myself involved with a younger woman. I loaned her lots of money and bought her things, but no matter how much I gave, it was never enough. She acted selfish, stretched the truth, flirted, and needed constant attention. Imagine a good-looking guy, college-educated, with a great job, and plenty of friends. Now imagine that guy reduced to mush. Eventually, I found your book and faced how I was being, an extreme Giver who needed to please, to be needed, to give and give again. She found my buttons and pushed them—and most of them led to my wallet. Your book gave me the courage to walk away.”

“It’s painful to look at all the ways I was there for Sean and how seldom he was there for me, even in small ways. So why do I want him back? At least, I’ve finally spelled out exactly what I want from him. And, I keep making myself reread your book. I keep letting it sink in. I tore out the back page of the book where it suggests that we Give to Givers & Take from Takers. I pinned it to my bulletin board where I can see it daily.”

“Your book is such an eye-opener. I am a classic #10 Giver and have suffered accordingly. I am married to a classic #10 Taker. It took me years to figure this out. When I read your book, there it was—objectively written. I enjoyed your book sooooo much!” 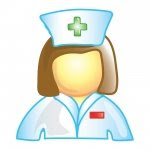 “I want you to know that you have helped save a woman’s sanity. I am a former nurse and mother of three adults. Two of them, ages 22 and 26, are still living at home (due to the economy) and my husband has just taken early retirement from an executive position with a pharmaceutical company. I found myself being used up, taken for granted, and the butt of everyone’s criticism when things didn't run smoothly. I wondered where I'd gone wrong until a close friend loaned me your book. Reading it was an enlightening experience! I'm now on my way to pulling myself out of the hole I dug myself into by being too much of a Giver. You have accomplished what expensive psychiatric therapy sessions may have cost me to regain my self-esteem. Thank you for being there.”

“I so enjoyed your book. It helped me find out who I really am. I always thought I was a Giver and learned that I’m more of a Taker. What a relief to better understand my behavior in my past and current relationships. For years, I found myself saying, If only I could meet my match. Well, I did meet another Taker and we’re going nowhere. We butt heads and neither of us is willing to give in much. I’m frustrated! So what’s the answer?” Then she added a postscript: “I don’t have the patience for another Giver either.” 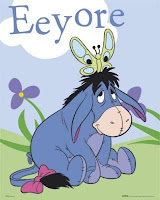 "I'm definitely a Giver and "Eeyore"—my nickname for my boyfriend because he's like the gloomy, pessimistic old grey-stuffed donkey in Winnie-the-Pooh—was definitely a Taker. He took for 3 1/2 years, and when I wasn't willing to give, give, give and stroke, stroke, stroke, he dashed off and quickly found a woman desperate for love. She's now giving him everything he wants/needs/requires. Doesn't make it any easier to be dumped. Rejection SUCKS!!! I learned a lot from your book and (should I ever be stupid enough to do this again) will definitely be on the lookout for the Takers, while learning to not be such a Giver. As a counselor and professor, that's a hard one as I have also been letting my students be Takers, too—giving, giving, giving more than I get paid for my time and support. I'm learning!"

"I have just finished reading your book. “The Givers and The Takers” and I think it’s terrific! I wasn’t even looking for this book—just happened to see it when I was browsing in a bookstore. Well, I’m definitely a GIVER. No doubt about that. I knew that even before I started reading your book. It’s just amazing how I can identify with your description of the Givers. An eye-opener!

The book has helped me understand more about myself and also about the Takers. I’m already starting to stand up to my Taker boyfriend and even to my ex-boyfriend. It’s a little uncomfortable to do, but I’m sure I’ll get used to it.

Your book will definitely be a good reference for me. I’ve been telling all my friends about it. Thank you for writing it. I love it!!! I would really love to hear from you both."

"I fell in madly in love with Ted on our first date. He was the smartest, handsomest guy I'd ever met. We dated exclusively for two years and then one winter, I traveled to India for three months, to become enlightened, and when I returned I got the biggest shock of my life: Ted had fallen in love with Jenny, my very, very best friend. I suffered immensely for a year and then noticed your book on a friend's coffee table. It saved my sanity, lead me to really remember all the over-the-top narcissistic things Ted had said and done, the outrageously self-absorbed behaviors I ignored. All 30 Taker-traits in your book describe him hugely—and the Giver-traits describe me! Knowing the profiles makes me feel confident about identifying the two types of people as they pass through my life." 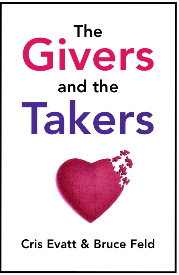